Palawan is a province situated in the Philippine archipelago, particularly in the eastern Visayas region. It is basically an island that features both natural and manmade wonders which are well preserved by the natives and locals and are fully supported by the local government officials.

In addition to that, Palawan is becoming known in various places across the globe as it has been nominated to become one of the 8 natural and manmade wonders of the world. So don’t bother stressing yourself in looking for the best place to relax because today, you will witness the magnificence that Palawan has in store for you. 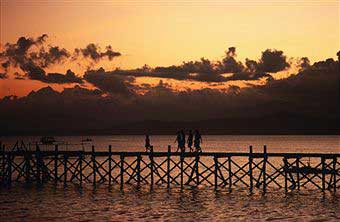 Nature has its own way of bringing people into awe as it enlivens its capability of making wonders only nature can truly possess. Considered as the cradle of natural beauty, there are several attractions that are considered to be products of nature. Here are some of the major ones.

This shelter is duly preserved to house wildlife creatures almost reaching the point of extinction. The preserved animals are a mixture of local and foreign creatures, most of which are from Kenya and other parts of Africa.

Coron Reefs is comprised of seven lakes that are perfectly surrounded by limestone crags, which have undeniably attracted many tourists ever since it has existed.

This dynamic reserve features an array of tourist spots that range from white sand beaches, coral reefs, rainforests, and mangroves. It is also the perfect venue for diving and snorkeling, where various schools of fishes can be truly appreciated.

Halfway among the most popular natural wonders is the St. Paul Subterranean River National Park. This underground river runs along crystalline waters with glowing pillars of stalactites, rocks and amphitheaters that obviously bring tourists into great awe of how such structure came into natural being.

Honda Bay, Tubbataha Reefs National Marine Park, Tabon Cave, and Ursula Island Game Refuge and Bird Sanctuary are the 4 others which complete the 8 natural wonders of Palawan. A number of interesting islands, reefs, historical accounts and flocks of birds fill these attractions with delight and wonder respectively.

Contributing more to the beauty that nature has given birth to, man was able to heed to the call of expressing art and passion that nature has been crying for. Here are the major man-made attractions of Palawan.

Having been able to recognize the nearing extinction of crocodiles, Irawan Crocodile Farming Institute have been developed to adequately sustain their number and to ensure that their needs are appropriately recognized and attended to.

Another man-made wonder found in Palawan is the Iwahig Penal Farm. Such wonder basically encompasses the beauty of living a simple yet contented life in the suburbs.