Egypt is a country primarily located in the northern part of Africa. It has played a significant in building the story lines of many events that took place in historical. More so, Egypt has been recognized for being one of the main settings in most of the Biblical accounts recorded through history, even in the passing of time.

Besides the all time famous Nile River, Red Sea and the Pyramids of Giza, Egypt will never be forgotten for the interesting dunes and landscaping rocks that comprise the beautifully molded deserts. 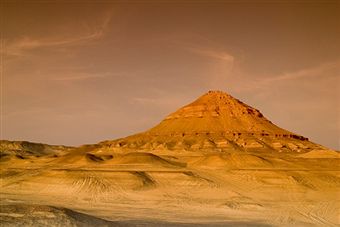 While many people find it unreasonable to take on a tour through the existing deserts that make up the entire Saharan desert, there still quite a number of tourists who find subtle interest in treading on a whole new sandy experience, without practically seeing the beach or any forms of water.

Otherwise known as the Western desert, the Libyan Desert takes on a land area more likely similar to that of Texas. It is extremely dry and receives only a minimal amount of rainfall per year. But tourists can never go wrong in visiting this desert as it is highly ornamented with plains made from gravel, rocks that are naturally formed and sand dunes that display amusing shifts as the climate changes from time to time.

The Arabian Desert of Sahara can also be called as the Eastern Desert of Egypt, as it particularly situated east of the famous Nile River. Most deserts are often mistakenly deemed as barren plains, where only various grains of sand are the only attraction. However, in taking a trip in the Arabian Desert, it is not the sands that will bring much awe but instead; it is the inscriptions left by the ancient people who were able to discover the place. They are particularly embedded on the ruins and the monasteries, which are evident in desert per se.

As the name implies, Black Desert indeed is black. The sand may have orange to brown hue but the cones that its mountains possess come in black color, thereby giving the place its name. it is in this desert where tourists can find the interesting outpost of the military during the Colonial era.

In contrast to the Black Desert, White Desert is, in its truest sense, white. Its chalk-like landscapes that give a dramatic yet enchanting aura to the place is one attraction tourists should never miss going to. Besides that, White Desert provides a pleasurable experience as glittering night sky turns the desert into fascinating scenery when the break of dawn takes place.

Besides the four major deserts that tourists can take a peek at, there are still a lot of several other deserts that should be explored such as the Bahariya Oasis, the SIwa Oasis and the Fayoum Oasis among many others.